Boxing: One of the World’s Oldest Sports

Boxing, or more specifically, hand-to-hand combat is possibly the oldest “sport” in all of human history. Since early humans first began to walk the earth, they have been engaging in fisticuffs. While this early fighting was largely for personal survival, to secure resources or to resolve conflict – the first evidence of what would lead to what we see today as the sport of boxing would be in ancient Greece when rules were established for the Olympics in 688 BC. Modern boxing is traditionally a combat sport based on two opponents striking one another with the hands. Variations have come to include kicks, elbows, knee strikes and forms of martial arts such as muay thai and kick boxing. Generally speaking, a boxing match is won when your opponent is knocked unconscious, disqualified for breaking the rules, beaten by technical factors or by refusing to continue the bout aka “throwing in the towel”.  Boxing is a brutal assault on the body and mind of the athletes and, as such, an extensive amount of training and preparation is required before taking up the sport of boxing.

The Muscles that are Important in Boxing

As boxing is a striking sport, arm muscles will play a vital role in the success of a boxing athlete. The biceps and the triceps are the main muscle groups, along with the forearms and the hands. The biceps will assist in bringing the power needed for effective punches as well as enable the elite boxer to quickly retract the arm after blows are landed or attempted. The triceps are the primary muscle used when throwing punches and they are the muscles used when generally extending one’s arms. Strong shoulder muscles are essential in boxing. The shoulders are, in effect, the “hinges” where a great deal of power and agility is derived from in boxing. Within the shoulder muscle group, the deltoids share a great deal of the workload. Strong pectoral muscles in the chest are also vital in boxing power generation.

A boxers arms and upper body aren’t the only muscle groups utilized during the sport. The abdominals are heavily relied on by the boxer to generate the twisting motion that drives punches and assists in giving a boxer more reach when attempting to make contact with their opponents. The lower body, especially the thighs, quadriceps, calves and hamstrings assist in transferring energy through the core and into the punches. A strong lower body is what enables boxers to have agility and enhanced movement in the ring. This makes them more adept at attacking as well as evading an attacking opponent whilst simultaneously maintaining good form and balance. Lastly, a strong cardiovascular system is mandatory for a boxer. Boxing is a long, grueling sport that exhausted the body and a high level of stamina is critical to “go the distance” in a bout of boxing.

Boxers need a rich and healthy diet in order to undertake their sport, train and grow muscle and stamina. Healthy eating is a must. Healthy fatty foods like fish and nuts, lean proteins such as white meat and non-fatty red meat and carbs like rice, fruit and steel cut oats will all find their way into a successful boxer’s diet. The boxer should avoid all processed foods, most red meat, oily food, alcohol and sugary snacks. The importance of the boxer’s diet cannot be understated! As boxers have to make a certain weight for competitive bouts, it is recommended that a nutritionist be involved to ensure that weight loss (or gain) be achieved safely and without the sacrifice of energy or muscle mass. Nearly every competitive boxer adheres to a strict diet that is catered to his or her specific body and needs.

‘Brain Tech’ for the Boxer

Sustaining a brain injury is something a boxer must always be aware of. Concussions are very common in full contact, striking sports such as boxing. Mental sharpness and situational awareness are also extremely important in this subsection of competitive combat sport. As such, boxers need all the mental edge that they can get. We here at Vitagaming recommend our ‘Brain Tech’ supplement as a natural brain health system made from non-GMO blends of herbs and nutrients that are known to boost memory skills, mood balance and task performance. This system helps athletes’ battle fatigue, memory loss, impaired decision-making skills, dullness and diminished reaction times. All of these things will greatly assist the boxer in his craft. Combined with a rigorous training regimen and a proper diet set by coaching staff and knowledgeable nutritionists – ‘Brain Tech’ can be the last piece to the puzzle in making a good boxer great. Game on! 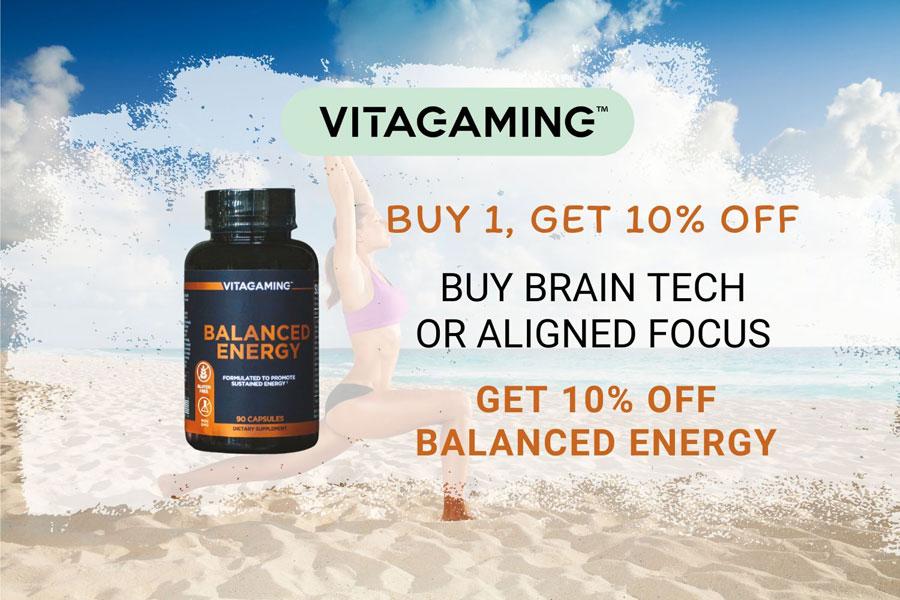