We had a fantastic weekend of gaming, friends, and fun at the new home of the quarterly finals

Last weekend saw the Colorado Smash Fall finals taking place in Denver. Sticks was the Tournament operator for the event and Shoe was the lead planner. The event was held in conjunction with Localhost Denver, Krune eSports, Vitagaming, and the local Denver PR board.

This quarter began three months ago at Elite Smash Fridays 88 and encompassed both in-state and out of state performances for the players. Many players made a late push to get into the PR finals bracket, led by Endure, Mech, and SSB100 who with really strong finishes in the last month of the season, managed to avoid the LCQ. There were notable names who were left on the LCQ path, however.

BANG! is one of the top 3/4 players in the state, but due to his lack of attendance at PR-rated events, he was left on the LCQ path and didn’t disappoint. Mr.Ping made it through and won the LCQ path after barely missing out on the 14 slot.

Things got rough in the Finals immediately. The 16th seed of the LCQ – BANG! – was immediately up against the number 1 through the PR season – Smirk. Smirk had won half the ESF events coming into the finals, with very few losses along the way.

With BANG! being a high-rated player, the bracket was about to instantly get interesting and their match didn’t disappoint. BANG! got the 3-2 win, sending Smirk to the loser’s bracket.

The other upset of the first round was SSB100 beating Kame in the 10 vs 7 matchup. 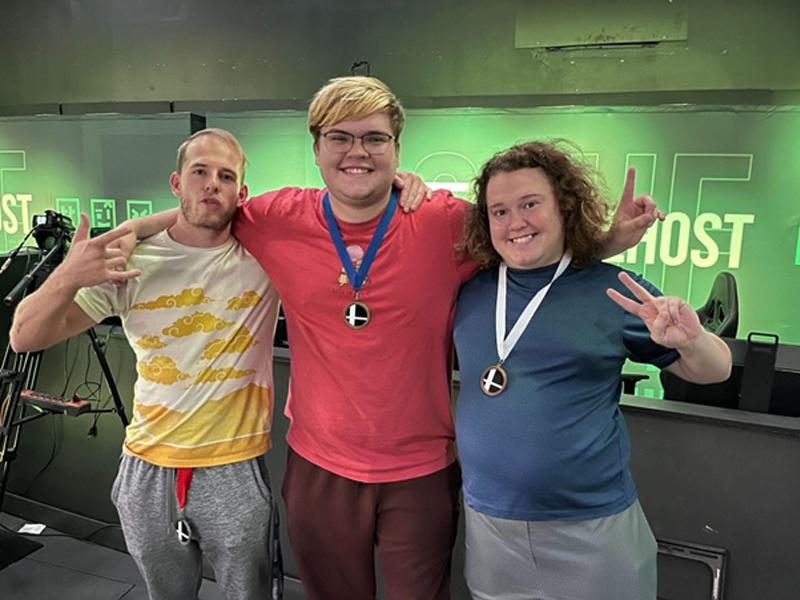 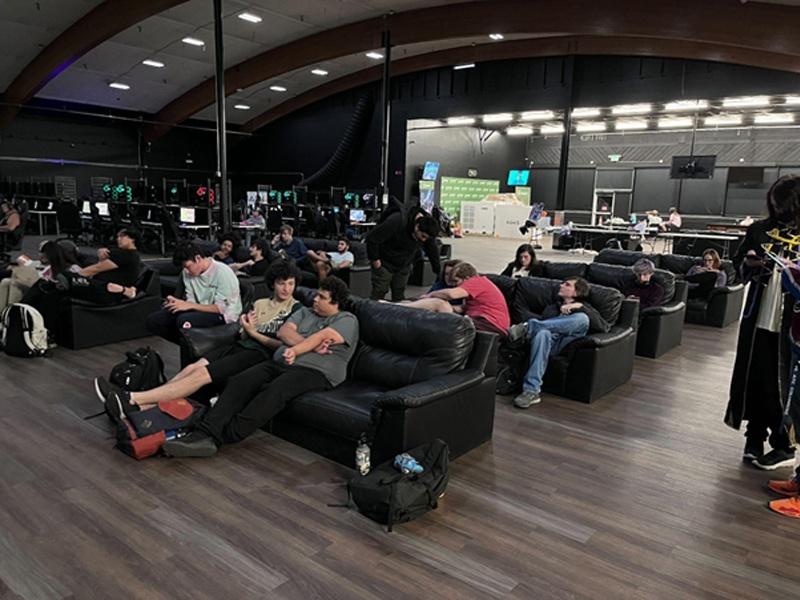 In the Winner’s Quarters, however, things would go poorly for the higher seeds:

With the 1/3/4 seeds knocked to the bottom bracket, things were about to get interesting quickly:

Top side of the bracket – Chronos v BANG!

On the top side of the bracket the seemingly inevitable matchup between Chronos and BANG! was here. The LCQ, but highly ranked player (BANG!), vs the player that had only dropped 1 set to this point (Chronos).

Chronos played an amazing match here, it really was just pretty to watch – you can watch it here!

Chronos would take the 3-0 win vs BANG!, sweeping his way into the Grand Finals and a shot at the lion’s share of the $1000 prize pool!

In the loser’s final BANG! would take out his frustrations from the upper bracket on Shoe with a solid 3-0 sweep, setting up a rematch for our Grand Finals!

Shoe would finish in 3rd place, and was extremely happy after helping to set up and run the event, to be able to perform as well as she did.

Shoe’s idea is what brought this event to life, and with the overwhelmingly positive reception we’ve received, it will most likely continue to be quarterly, and may expand!

Shoe is the best Zero Suit Samus in the state and has the longest track record of high-level tournament success.

Well, we’ve made it – the Grand Finals

This was the first event in Colorado Smash history to have all 16 top PR players show up, and we were down to the last 2: 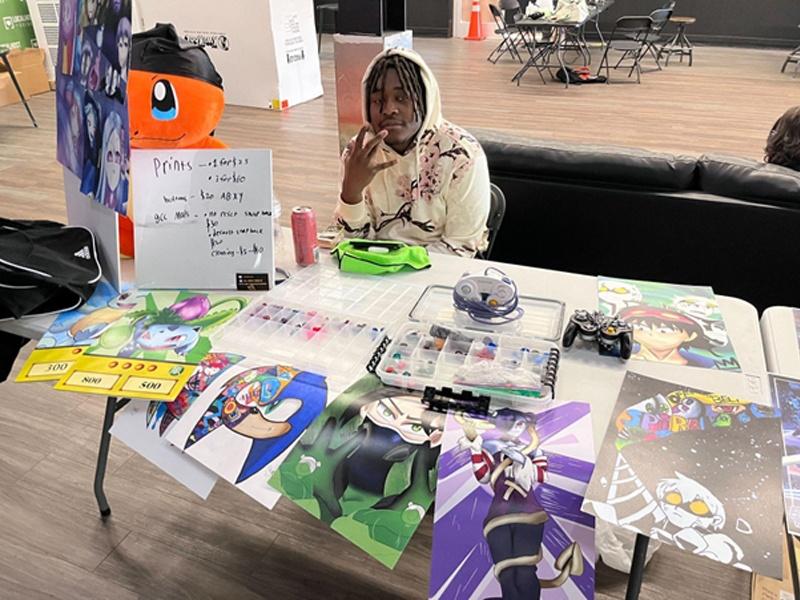 In the works for the event going forward are possible monthlies in Colorado Springs and Fort Collins, but the finals will always have their home at Localhost Denver.

We will be back at it with Elite Smash Fridays 101 this Friday (10/21/22), and it will be the first time to start grinding for those PR points for the Q4 finals (Date TBD).

We would like to give a huge thank you to Kevin and Localhost Denver, for letting us be part of such a fantastic event via the $1,000 prize money sponsorship. We are very proud to have been a sponsor of the Colorado Smash Fall Finals, and look forward to watching it grow to even greater heights!