Long promoted within traditional medicine in Asia and Eastern Europe, Rhodiola Rosea supplements are now gaining popularity across the West as more benefits are discovered.

What is Rhodiola Rosea?

Rhodiola Rosea is the scientific name for the flowering herb that grows in the mountains of Europe and Asia. Other names are the “Arctic root”, “golden root”, “King’s crown” and “Roseroot”. Similar in fragrance to a Rose, Rhodiola is a luscious green color and grows to almost three feet tall. The magic happens in the roots of Rhodiola Rosea, they are, known as Adaptogens, which contain over 140 natural ingredients believed to help your body adapt to emotional and physical stress.

What does Rhodiola Rosea do?

While historically not well known in the West, Rhodiola Rosea has been used for centuries across Eurasia as a natural tonic. There are a number of interesting studies across the West that show promising health benefits for a number of conditions, especially anxiety and mild depression. Here are 9 amazing benefits of Rhodiola Rosa: 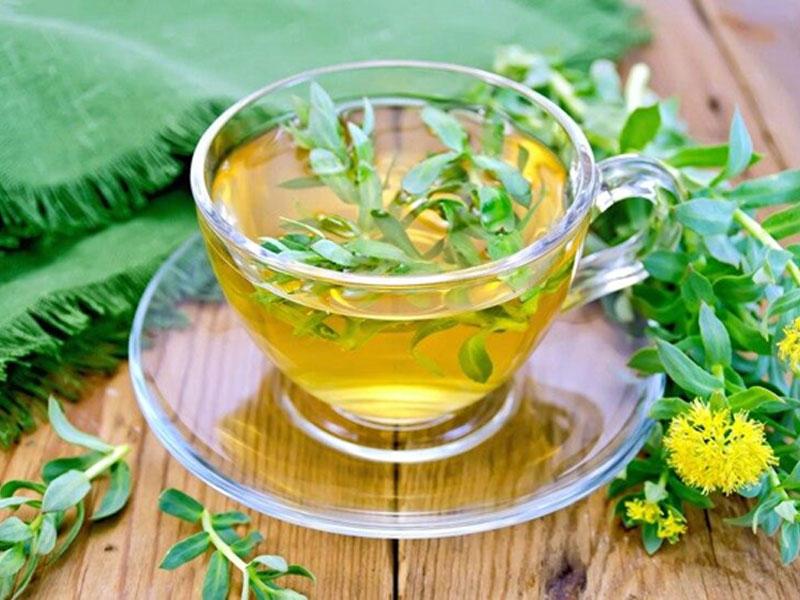 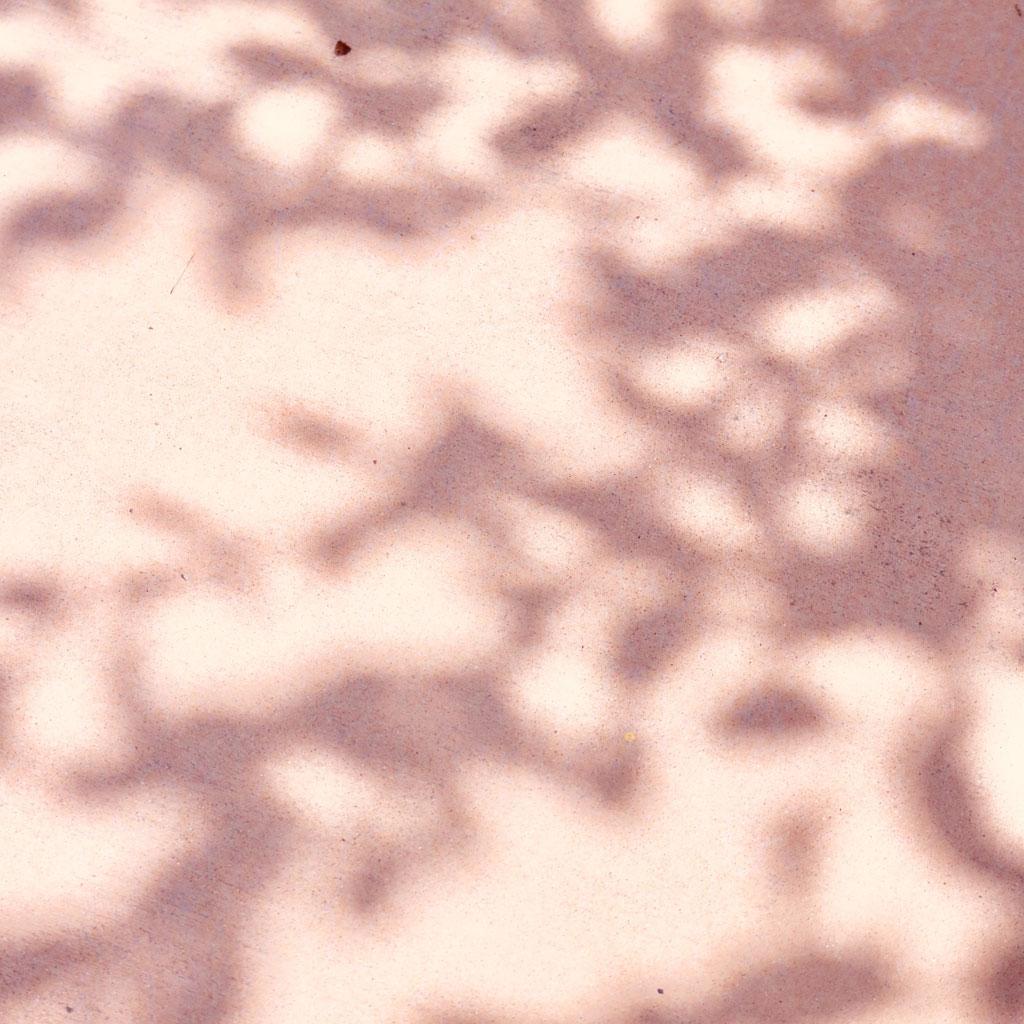 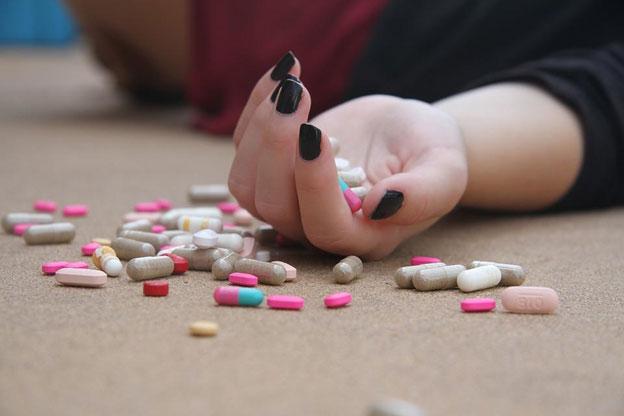 There has been an astounding increase in the number of people taking antidepressants in the last 10 years, especially so since the Covid-19 pandemic and subsequent lockdowns.

A shocking 17% of university and college students in the US reported that they have been using them regularly, and emerging research is discovering that they may not even help in the long term.

It is suggested that Rhodiola Rosea is a serious contender as a natural alternative to SSRIs, and while not as effective as some pharmaceutical offerings, studies have shown that Rhodiola has reduced symptoms of depression, with fewer and milder side effects. 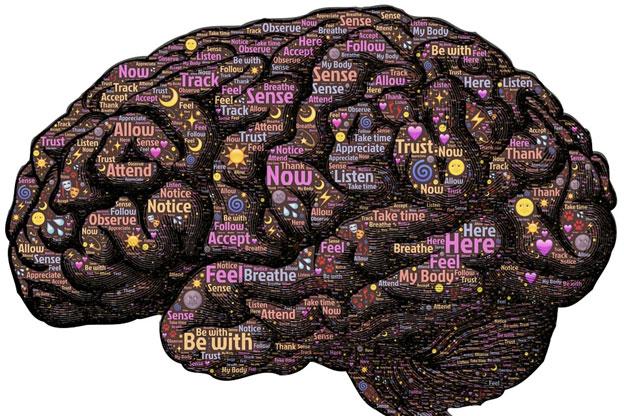 While a healthy lifestyle consisting of exercise, good sleep, and proper nutrition are surefire ways to optimize your brain function, studies have shown that Rhodiola Rosea can improve your concentration, learning, and memory.

An improvement in mental performance can be especially beneficial for older readers, who are approaching higher risks of Alzheimer’s and Dementia. By reducing fatigue and stress, Rhodiola can help you keep your faculties intact for longer. 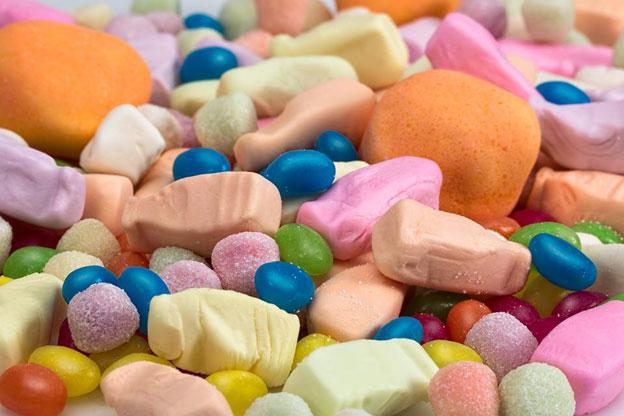 Millions of people have to use insulin injections and medications on a daily basis to increase their insulin sensitivity so they can manage their blood sugar levels.

Rhodiola contains a compound called Salidroside, which animal research has shown can help protect against diabetes and improve diabetes management. This doesn’t mean it is a definite tool for humans but makes the case for more research to be done. 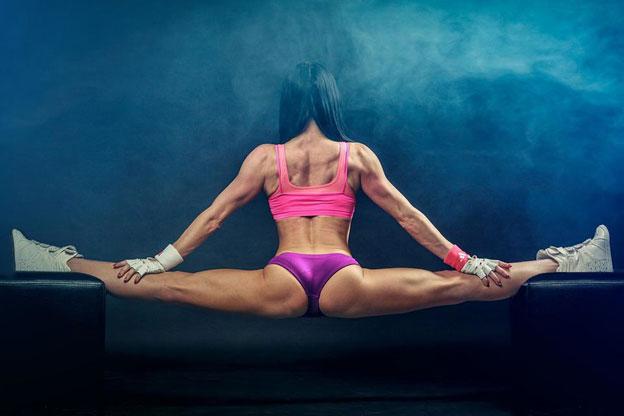 The adaptogens found in Rhodiola Rosea have been associated with increasing metabolism and improving the flow of blood and oxygen around the body. Increased oxygen intake translates to higher efficiency of your lungs, organs, and muscles, thus maximizing your physical performance.

With regards to athletic performance, Rholodia  has been found to improve fatty acid consumption, as well as reduce skeletal muscle damage and lactate levels. 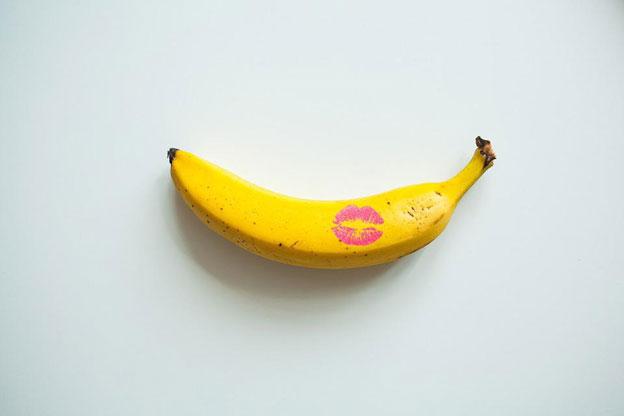 Due to the extra oxidization of the blood, and potentially an effect on the dopamine system, one effect of Rhodiola Rosea is a boost of sexual desire and function, both in men and women.

It is also believed that it improves enjoyment and could even help erectile dysfunction and premature ejaculation – although, as per most of these claims, more  double-blind, placebo-controlled clinical trials are needed. 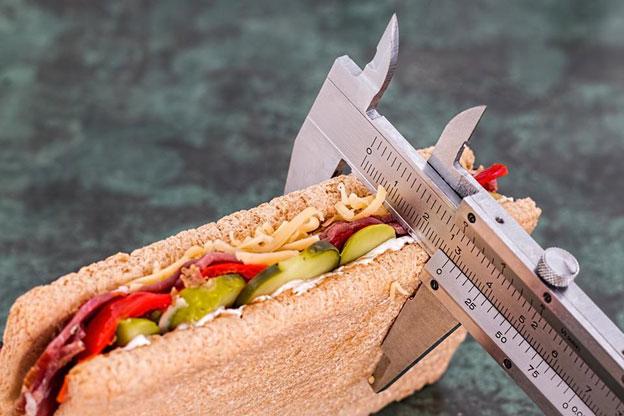 It’s believed that Rhodiola speeds up your fat-burning cells, so if you combine taking this extract with high-intensity exercise, weight loss can be expected. 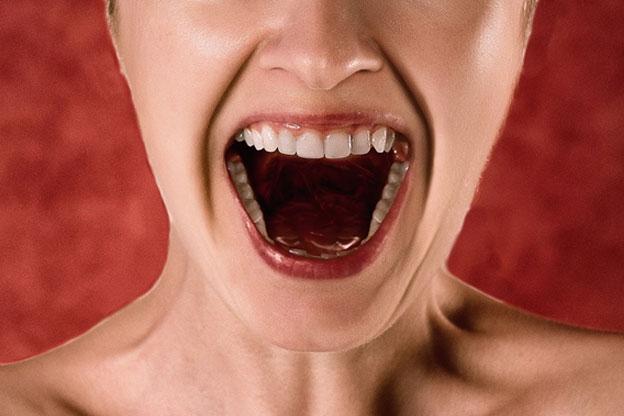 Rhodiola Rosea tea has been taken for thousands of years to counter stress due to its calming and soothing effects. Stress is your body’s reaction to pressure or threat and can manifest as physical or psychological symptoms of exhaustion and energy loss such as annoyance and tension.

The adaptogens in Rhodiola Rosea extract influence the release of stress hormones and improves energy metabolism. Research on Rhodiola with regards to burnout has shown clear improvement in stress levels. 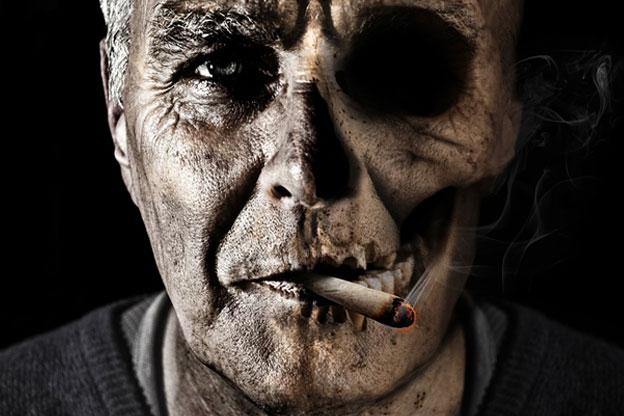 Due to their high level of antioxidants, Rhodiola Rosea extracts and salidroside have been investigated for their anti-cancer properties and were found to decrease the growth of bladder cancer cell lines in animals.

Rhodiola has also been found to inhibit the growth of other cancers, such as colon, gastric, and lung cancer. While this is exciting and promising, it is limited to animal research, and more human studies are needed to confirm these beliefs. 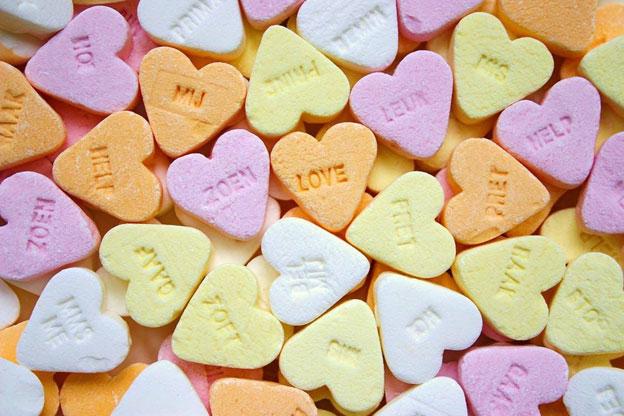 As discussed above, stress is a killer. increased levels of stress hormones translate to increases in blood pressure and heart disease – the leading cause of death across the world.

While stress hormones can be reduced through proper nutrition and physical exercise, studies have found that Rhodiola Rosea can reduce the effects of the stress hormones released by the body, and the likelihood of a heart attack, as well as regulate your heartbeat.

How to use Rhodiola Rosea?

The most common form of Rhodelia in the US and modern Europe is an extract, via a tablet, tea, or tincture.

How long does Rhodiola Rosea take to work?

How long can you take Rhodiola Rosea?

As it is a tonic herb, Rhodiola is deemed safe to consume, even for long-term use, and is not known to have any negative interactions with other medications..

How much Rhodiola Rosea is too much?

An average supplement dose ranges between 100-600 mg a day – their recommendation being 200 mg twice a day daily, however, some studies prescribed up to 1,500 mg daily. If you have questions you should ask your doctor what their advice on what your dosage should be.

Can you take Rhodiola Rosea and Ashwagandha together?

Yes, and many recommend this, especially older men seeking to improve their libido and sexual energy. Together they are said to create calming yet focused energy, with increased stamina and sexual enjoyment.

It’s clear that this fascinating herb continues to be revered by millions around the world. What started as a natural tonic to improve energy and low mood in Eurasia, is now being used to help with mental and sexual health.

While substantial studies are yet to be concluded, the fact that this wonder herb has minimal side effects makes it tempting for this seeking to improve their mental, physical and sexual health without resorting to pharmaceuticals. If you are tempted but have some questions (for example if you have high blood pressure) seek medical advice to check it’s right for you.

Reap the benefits of Rhodiola Rosea alongside other scientifically supported herbs and nutrients like Ginseng, by taking a supplement like Balanced Energy – specifically formulated to provide a natural source for sustained vitality and stamina. 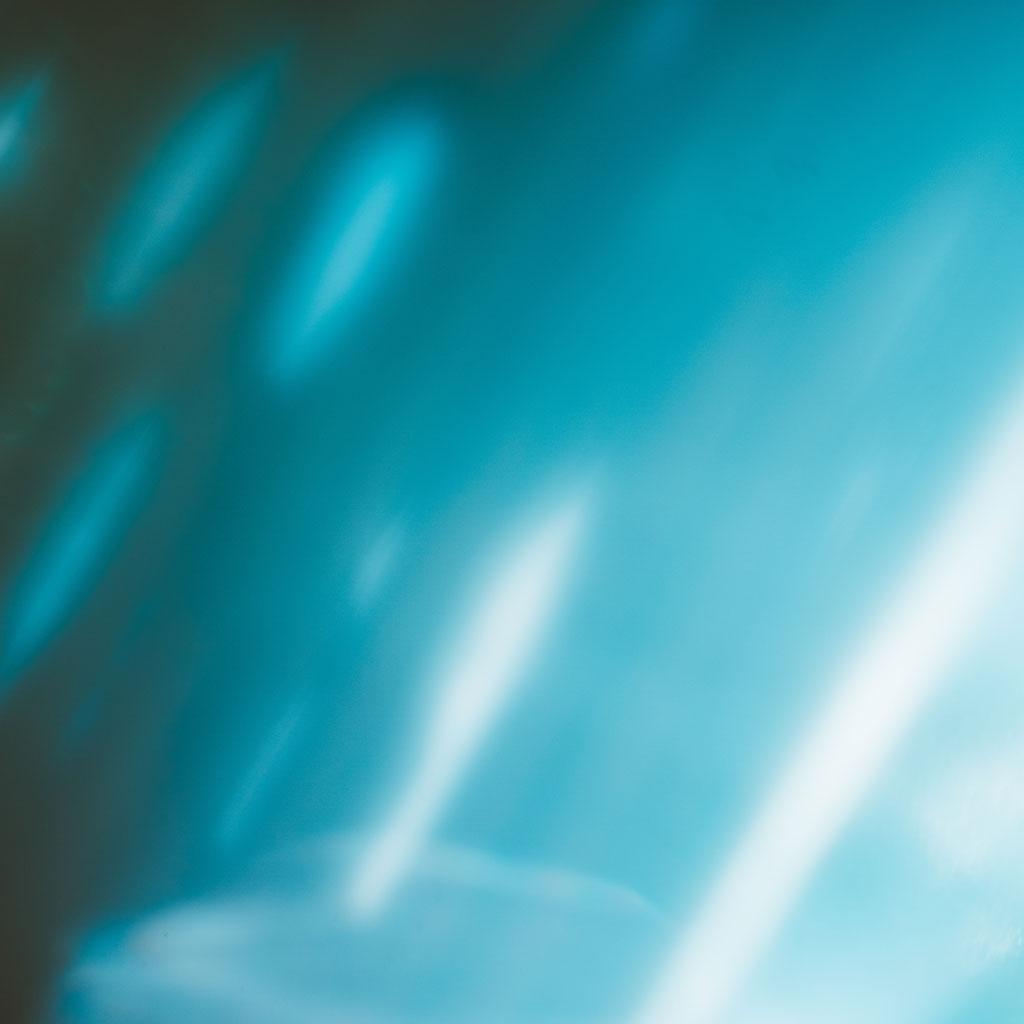